Properties for sale and rent in Cyprus

Lentia Court 14 is a new development located on the border of Ayios Dometios and Engomi. It is ideal for permanent living or as a rental opportunity as it is in within walking distance of all amenities and situated in between two universities. This modern designed building consists of 7 two-bedroom and 2 one-bedroom apartments with ground floor covered parking, storage rooms, bright open living spaces and covered balconies. This third floor, one-bedroom apartment offers: - Open-Plan Lounge, Dining & Kitchen - Double Bedroom - One Bathroom - Two Balconies - Elevator - Designat...

Sophia Gardens: The Diamond of Larnaca The Sophia Gardens Complex is excellently located in a quiet area on the Larnaca - Dhekelia Road, near the 5... 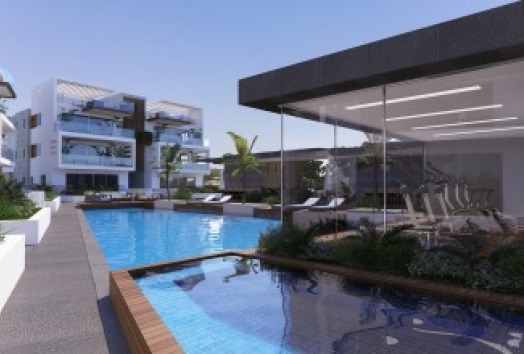 Alina Heights is one of its kind! Ideally located just in the outskirts of Paphos, this project consists of 21 Entire Floor Apartments. Separated in 7... 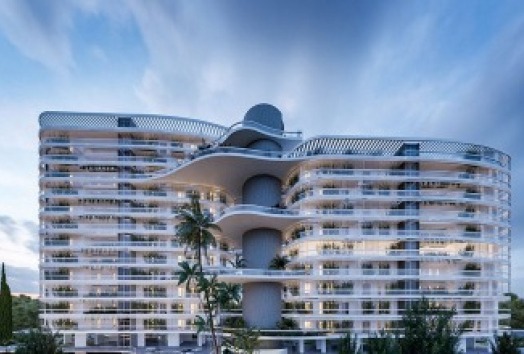 Habitat is another prominent project that marks the newly emerging skyline of Larnaca by QN Alliance. Giving emphasis on articulated grid elevations, Habitat is an innova...

Naia is a vision of elegant living in the bustling tourist area of Paphos. Located on Poseidonos Ave opposite the town's most attractive seafront resort hotels and only 1...

Property For Sale in Cyprus.

At the Eastern cusp of the Mediterranean Sea, this small Hellenic Island proudly boasts over 9,000 years of rich history, and multiple lines of both cultural and social heritage.

Nestled at the heart of three Continents: Europe, Asia and Africa, Cyprus finds itself the third largest Island within the Mediterranean, in one of the most prominent situations.

From 2,500 BC, Cyprus began to recognise itself as the meeting point between the East and the far West when early trading routes co-joined on its’ soils. The interchange of not only prized products, but so too people and cultures meant that the historical importance of the Island quickly came to outweigh its’ relatively small size.

Not without its’ tragedy however, Cyprus became an attraction for numerous conquerors as a result with the Phoenicians, Assyrians, Franks, Venetians, Ottomans and numerous others whom all came to imprint their identities on the Island, its’ architecture and its’ people throughout the ages. Yet, despite this history of violent discourse Cyprus still grasped to, and even now strongly retains its’ dedication to its’ Greek heritage - visible on its’ streets and between its people. Visually, not only does it boast beautiful coastlines, but internally its’ scenery unfolds across rolling mountain scapes up to Mount Olympus: with their fragrant forests and cleansing airs, and rugged headlines: which house a number of endemic avian and mammalian species. Described as housing an ‘antiquity of natural pigments’, the earth underfoot displays a variation of umber, ochre and terra verde tones, providing a rare spectrum of colour to accompany the stark visuals which come with the changing of seasons.

It is easy to understand how as one of natures’ richest palettes, Cyprus, became identified as the ‘Jewel of the Mediterranean’, and the legendary home-stead of the Goddess of Love, Aphrodite.

Today, Cyprus proudly sits as the 5th best relocation destination in the World (KF World Wealth Report 2018), continuing this timeless cycle of attracting countless cultures and people to settle by its’ gentle waters. Ranked by a number of business and leisure indicators, this Island is the only other European State alongside Switzerland to sit within the Top 5 position, eclipsing popular city destinations such as London, Madrid and Monaco in its’ wake. Despite the Banking collapse of 2013, Cyprus has steadily revived itself financially over the previous 7 years, and now stands to provide one of the most favourable onshore personal tax regimes in the World - and act as a key destination for Investor Immigration in the eyes of countless International Investment Advisory circles. Progressing with its application to the Schengen Arena as of 2020, the Island is expected to continue its’ trajectory of positive development, and multi-cultural inclusion.

For property buyers, it is easy to see why Cyprus is referred to as a ‘prime property haven’. With an array of Property Developers active on Island, there lays key opportune for perspective purchasers to source and craft their ideal homes; be these traditional stone houses snuggly slotted into the mountainous topography, or generous front-line villas situated on the coast. And if that doesn’t suit, there is a suite of re-sales available to support the ever-growing Investment biome, or provide easy access to first time buyers looking to get a step onto the Property Ladder.

For new families there is greater attraction still, with Cyprus seen as one of the safest places in Europe. From apartments, to townhouses, to villas, traditional village properties, and even to mansions: this Island will find something for you to fall in love with.