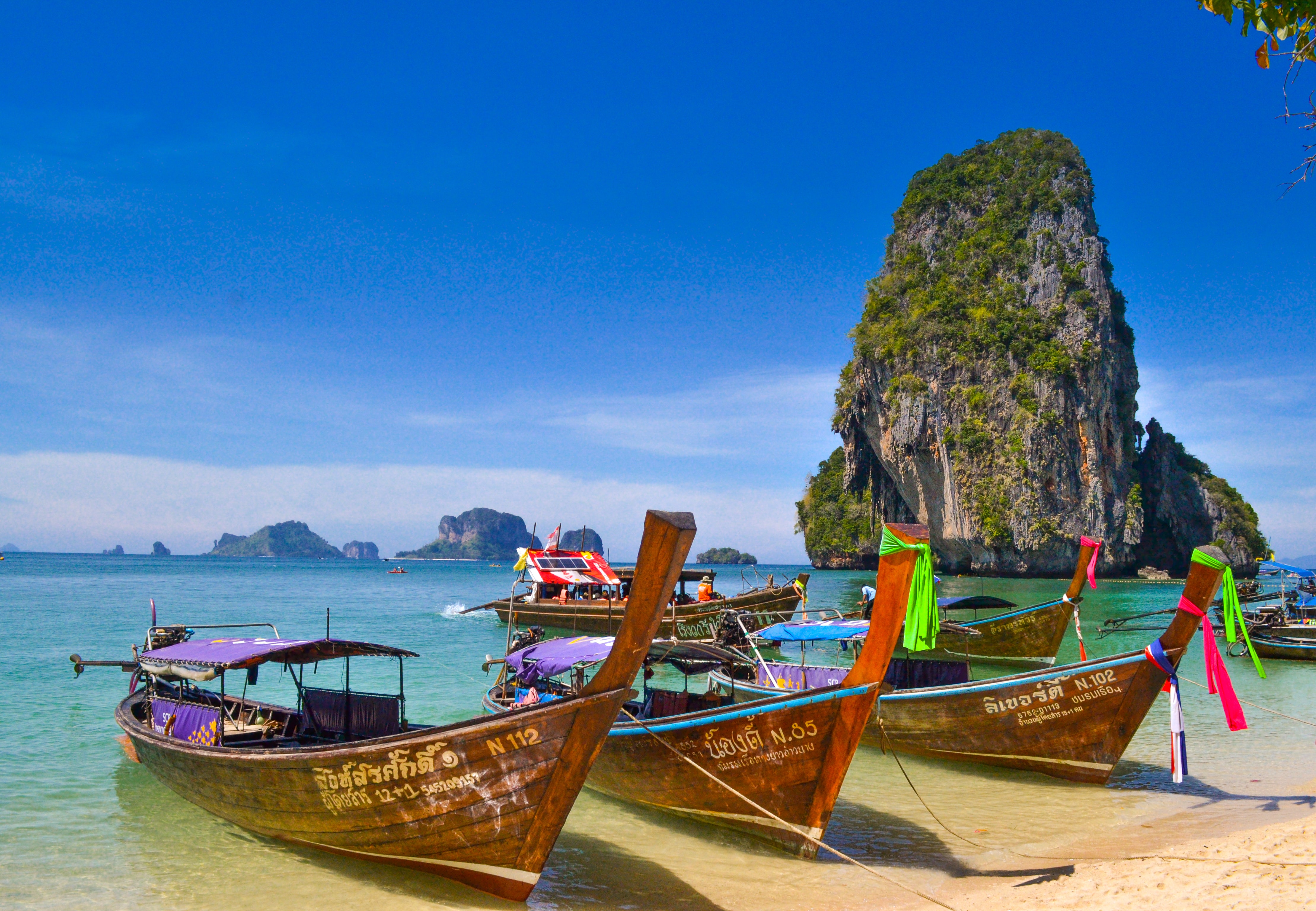 Thailand is located in south east Asia and consists of a large main section in the north, with a smaller peninsula to the south.  It shares borders with Myanmar, Cambodia, Laos and the Gulf of Thailand.

Akin in size to Spain or France, the country is a popular tourist resort, offering visitors a rich cultural history, religious sites and culinary delights.

In the late 1980s the Thai government actively began promotion of the country as an attractive tourist destination and subsequently the industry has become the largest source of foreign exchange, seeing visitor numbers treble from that of the 1960s.

During that time the general economy also emerged as one of the fastest growing in the world, with a shift from agriculture to export-oriented industries.

The country’s main trading partners are now the US, China, Japan, Malaysia and Singapore.

Industrial activity is wide and varied, from silk farming to the mining of fossil fuels, marble and precious stones; chemical, clothing and accessory production; and automobile manufacture.

The Royal Thai Immigration Commission grants 100 permanent residency visas per annum, and before an application can be made an investor must hold 3 non-immigrant 1-year visa extensions

In addition to the usual residency by investment route, a renewable 5 year multiple entry Privilege Entry Visa can be obtained through the Thailand Elite Visa scheme.

Depending upon the fee paid, additional benefits include exclusive airport services, access to golf clubs, spas and hospitals, and government concierge services.

Ultimate Privilege, membership for which lasts between 5 to 20 years.

No purchase of real estate is required, but see right.

Investment options can be combined and vary from the purchase of one or more real estate asset, a bank deposit and/or purchase of government bonds.

Suitability for the Business Visa or expert and academia categories.

Active support of a family or other person for humanitarian reasons.  In this category, the investor must have a relationship with the Thai citizen or resident, such as spouse, parent or guardian of a minor

Such other categories as suitable to the authorities at that time.

The residency visa never expires unless it is revoked, and after 10 years an active resident can apply for citizenship.